The Republic of Ireland is covered with extraordinary buildings, many of which are unique in form. One such building is the Birr Theatre and Arts Centre …..

Birr Orange Hall
and notes on Orangeism in the Kings County

The Republic of Ireland is covered with extraordinary buildings, many of which are unique in form. One such building is the Birr Theatre and Arts Centre, Birr, County Offaly. A Victorian building heavily influenced by Tudor design; its pitched slate roof, cast iron vents, carved wooden barge boards and ridge crests of terracotta, are just some of the features that combine to give it an exceedingly distinct appearance.[i]

Some basic research will point out that the building was originally either a Parish hall for St Brendan’s Church of Ireland[ii] or alternatively just a contemporary version of a modern community centre.[iii] It was indeed utilised by St. Brendan’s on occasion, and it could be said to have performed the role of a community hall, but the Hall was not built specifically for either. Birr Theatre and Arts Centre was in fact an Orange Hall!

In 1556 the County now known as Offaly was given the name ‘Kings County’ (indeed it’s correct name still technically is Kings County as no legislation has ever been passed to the contrary), while Birr too had a different name.[iv] Known as Parsonstown, it had been named after local landowners the Parsons family, also the titular owners of the hereditary peerage the ‘Earl of Rosse’.[v]

In the late 1870’s and early 1880’s Orangeism was resurgent across Ireland, with one of the lesser known centres of this renaissance Kings County. The County had had an Orange presence since 1798,[vi] and by 1835 was noted as having five Orange Lodges[vii]. These three ‘Kings’ Orange Lodges were each recorded as dormant by the 1850’s,[viii] although some evidence exists via newspaper reports to contradict the idea they were inactive.[ix] Irrespective of the contradiction, there is no doubt that within a few decades the level of Orange activity in the County had risen considerably.

Following what must have been significant recruitment and organisation, in December 1881 permission was given by the Grand Orange Lodge of Ireland to form the Kings County Grand Orange Lodge.[x] Centred in Kings County, it also stretched into parts of Tipperary, Queens County (Laois) and West Meath, and within ten years there were ten Lodges working under its jurisdiction:- [xi]

The County Grand Lodge’s first Grand Master was the Earl of Rosse, a member of Parsonstown LOL 1809 alongside its first Grand Treasurer John Wright.[xii] The surge was due in no small part to Armagh native John Wright. He had worked in the Armagh Guardian, Newry Telegraph and Nenagh Guardian, but in his search to better himself decided to buy and run a paper of his own. That search led him to Kings County, where he purchased and began to edit the Kings County Chronicle, and brought with him his staunch Orangeism. Parsonstown LOL 1809, of which he and the Earl of Rosse were members, in 1881 boasted some 132 members.[xiii]

The Kings County Grand Lodge prospered throughout the 1880’s. The numerical extent can be judged by the release of the returns for an all-Ireland ‘Orange Army’ based on eligible Orange membership (unmarried Orangemen up to 45 years of age) in response to the threat of Home Rule in 1886. The First Brigade of the Fourth Division of this ‘army’ included the 82nd Kings County Regiment of Infantry, noted as having 460 men alongside the sub-note of ‘Returns not completed’.[xiv]

Regular celebrations were held on the 12th of July each year during this period in Kings County, although never manifesting in public procession. One of the largest gatherings took place in 1887 at the home of the now County Grand master Lloyd Vaughan. Described as a gathering to celebrate both the Twelfth and the ‘Jubilee of her Majesty’, around 1,400 gathered at Golden Grove near Roscrea. The gathering included the membership of eight lodges, who in traditional Orange fashion held a parade within the house grounds headed by the Dublin Orange Fife and Drum Band.[xv] Growth and success was rewarded when the Grand Orange Lodge of Ireland held one of its bi-annual meetings in the County in June 1889, the only other venue outside Ulster and Dublin it has ever met in bar Cork.[xvi] 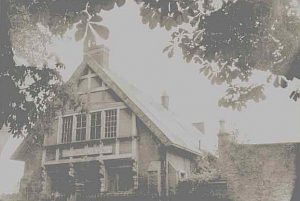 Another great enterprise it was involved in was initiated in 1887. That year the Protestant, Unionist and Orange community of Parsontown decided to build a hall. Its designated purpose was ‘to be used for religious, charitable, literary, or political purposes, and for the holding of meetings and assemblies, for the giving of lectures, concerts, dramatic entertainments, and other purposes, provided that such purposes or objects should not in any degree be opposed to the interests and welfare of the Church of Ireland or Loyal subjects of the Crown’.[xvii]

Allegedly designed by the Countess of Rosse[xviii] (the listed architect was a Mr Fuller from Dublin[xix]), the hall was built at the very high cost for the period of £2,000.[xx] An overdraft was obtained to begin the work, with monies towards the cost initially raised through voluntary subscriptions from Protestants in the district and fundraising entertainments.[xxi] The Parsonstown Orange Lodge was prominent in the initial subscription list.[xxii]

Prior to the initiation of the aforementioned title ‘Earl of Rosse’ (the second incarnation of the title), the Parsons family had been awarded the designations of Baron Oxmantown and then Viscount Oxmantown. And it is that moniker from which the proposed building received its original name, the Oxmantown Hall.[xxiii]

Officially opened in January 1889, by the onset of the 1890’s Oxmantown Hall was officially listed within the Grand Orange Lodge of Ireland registry of Orange Halls,[xxiv] and while usually referred to in the press as the Oxmantown Hall, it was occasionally called Parsonstown Orange Hall.[xxv] To locals however it was commonly known as the ‘Orange or Protestant Hall’.[xxvi]

For the next few decades Oxmantown Hall hosted many events. Alongside regular Orange and political rallies, also were Masonic meetings and an incredibly varied ream of musical and drama recitals.[xxvii] Unfortunately also very common were fundraising occasions.[xxviii] The massive debt incurred by the building of the venue was never able to be paid off through the areas relatively small and ever decreasing Protestant and Unionist Community.[xxix]

The turn of the 20th Century saw isolated Orange Lodges outside Ulster find it increasingly difficult with Orangemen becoming prime targets for boycotting and land agitation. Some of the lodges connected to the Kings County Grand Orange Lodge survived until the early 1920’s, however the County Grand Lodge was officially closed in 1915.

By 1934 there was still £500 owed on the hall, and following a court summons it was agreed that Oxmantown Hall would be sold to meet the debt. All surplus monies after nominal expenses were to be given for ‘Protestant purposes’.[xxx]

From its sale until becoming derelict in the 1980’s it was a venue for dancing and music first, then as a theatre.[xxxi] In 1983 it was purchased by the Birr Scientific and Heritage Foundation and leased to the Birr Stage Guild, who began restorations in 1989 with the finished restored building cost approximately £400,000.[xxxii]

Today the Birr Theatre and Arts Centre is thriving. It is unfortunate that its Orange origins, indeed the Orange Heritage of Birr and the ‘Kings County’, have been written out of its history.

[vi] Kevin Haddock-Flynn, 1999. Orangeism: The Emergence of a Tradition

[ix] The Morning Post, 15 July 1854. Reported that Shinrone LOL 302 celebrated the 12th of July that year by holding a dinner at which 80 members were in attendance